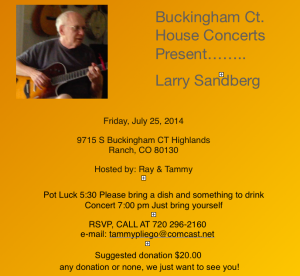 distinct and different touch and feel" and Bluegrass Unlimited magazine—

though he’s not a bluegrasser called him “a guitarist’s guitarist, a

player of great versatility and finesse”). He's most interested in passing along songs and sharing his low-key show.